The Marriage of Figaro is the comedic story of servants Susanna and Figaro, whose romance flourishes into marriage, but not before their wedding plans are thrown into disarray. Racing against the clock, Figaro quickly concocts a plan to outwit his master upon finding out that his Count has tried to seduce Susanna.

The Marriage of Figaro, conducted under the masterful baton of Music Director James Conlon, sparkles with disguises, wit, trickery, and humanity. The LA Opera takes the magic even further in this enthralling new production, with costumes designed by the highly celebrated fashion designer Christian Lacroix and direction by acclaimed filmmaker James Gray.

GRoW @ Annenberg is honored to continue its support for LA Opera. 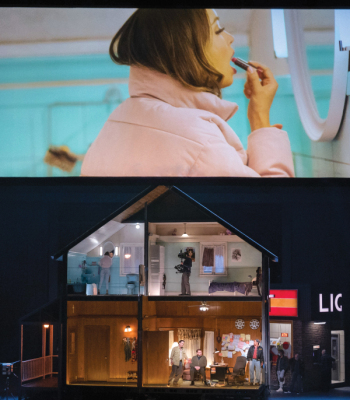